Richard Wilson RA has mainly filled Gallery II with sculptural works and two-dimensional works by fellow sculptors. Sir Richard Long RA’s large untitled diptych on linen, ‘painted’ with mud from the River Avon, dominates one wall. It was the first work to be installed and the arrangement of the gallery unfolded from there. Wilson did not have a particular theme in mind when considering this space, but rather followed his instincts, choosing works that have a strong sense of an ‘idea’ and favouring those that don’t reference the human figure. 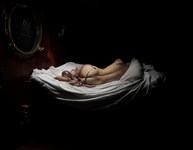 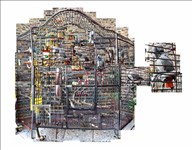 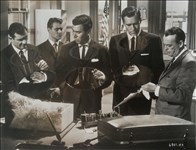 Francesca Colussi 390 - A LESSON IN CONFIDENCE 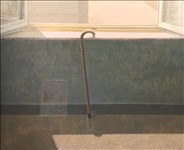 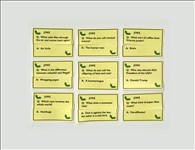 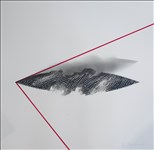 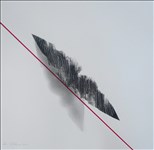 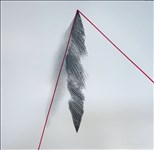