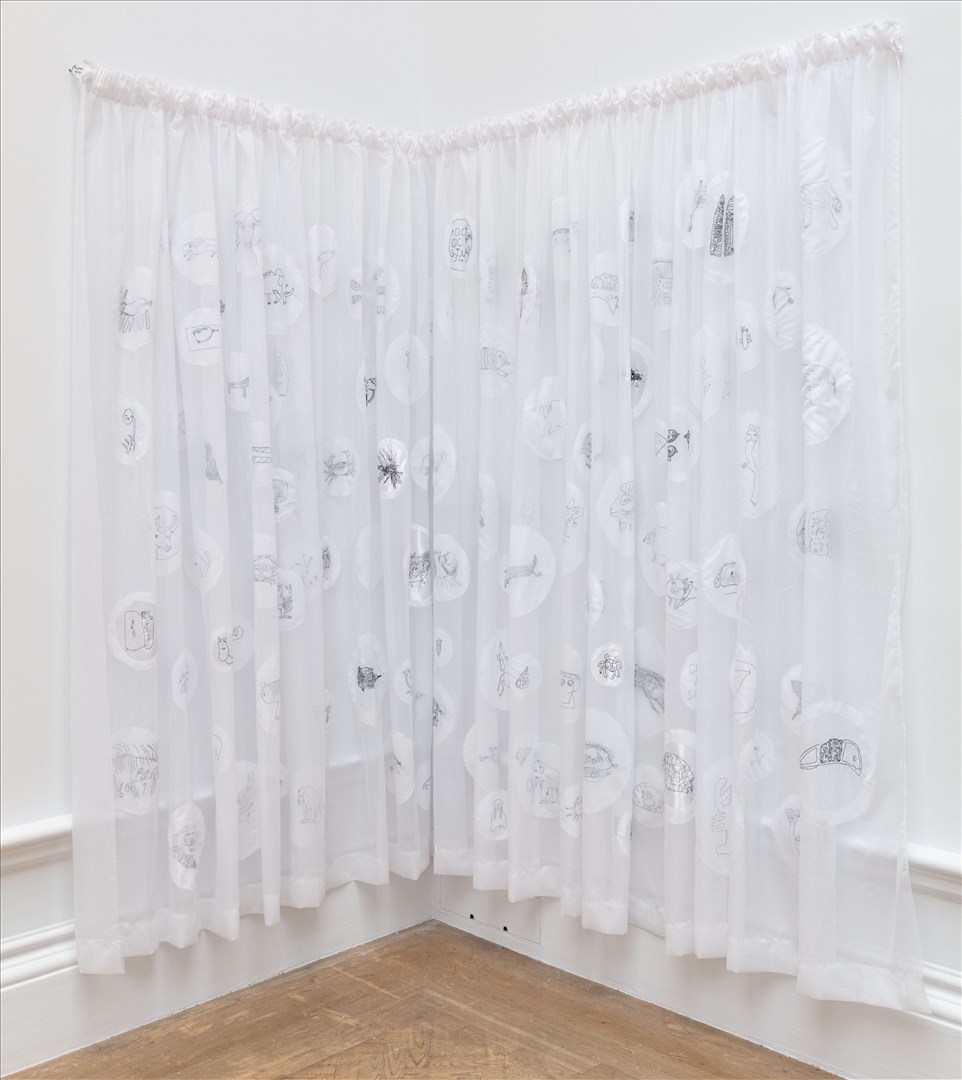 £9,000
(deposit payable today £3,240) The RA takes a deposit of 36% of the artwork price. The artist will contact you to settle the remaining balance.

Currently on display in Gallery VI

Redstart Artists aims to develop and deliver visual arts for adults with learning disabilities through a range of community-based programmes designed to foster individual creativity.

This work was the result of a lockdown project where a group of adults, having had packs of creative material delivered by Redstart, made drawings at home inspired by images from London’s Horniman Museum collection.

The project focused on creatures who protect themselves in various ways, for example with spikes or shells – an animals’ version of PPE. The drawings were traced and embroidered in black thread on white gauze by artist Cash Askeep along with family and friends and then appliqued onto the back of an eight-metre gauze curtain (the images are particularly visible when backlit).

The resulting work has a delicate, ephemeral quality; hedgehogs, crabs, and beetles crawl across the translucent curtain in an imaginative exploration of the natural world, created despite the challenging circumstances.

This collaborative project – described by the participants as “a lifeline” – was led by Askpeek, who originally founded Redstart Arts in 2011. The curtain was on display at the Horniman Museum as well as in the window of Sainsbury’s, Forest Hill Road, London. 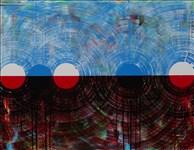 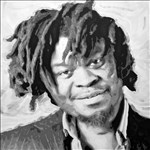